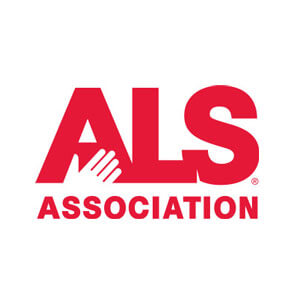 According to the statistics and estimates of the Dôvera insurance company (which has a third share of insurers in Slovakia), 450-500 people in Slovakia suffer from ALS disease. More specifically, from Dôvera insurers it is 150 people. It is most common in the 51-70 age group, more within males. In the last six years, the number of patients with this devastating disease has doubled.

If you remember, in 2014, the “Ice Bucket Challenge” called for an ice / water buzz. However, not everyone knew that it was ALS disease awareness, which was a collection for research the disease that is still incurable. This project was an idea of a Dutch entrepreneur Bernar Muller, who was diagnosed the disease in 2010. He sought solutions to support research. In 2013, he launched the “MinE” project and a year later he created this ice challenge. Many people at the beginning criticized the video-message that it was puberty stupidity. Over time, however, it turned out to be a much bigger thing than the first impression seemed to be. Today, we can say that “It was one of the largest and most successful social networking campaigns in history.” It collected an incredible $ 115 million, covering the cost of 6 science projects involving 15,000 ALS patients and 80 scientists from 11 countries. With the money raised, scientists came up with great progress in the summer of 2016. In a journal published by Nature Genetics, they identified the NEK1 gene responsible for ALS in 3% of patients – by hereditary and sporadic form. There is only a small percentage of affected patients – you are right, but scientists believe they have the right “formula” in their hands to fulfill their goal in developing potential medicines.

From this example, we can take a great lesson: When people get together, they can do stunning things! There is just one little idea at the beginning, but instead of despising and criticizing, you have to give hope.

Our Slovak footballer – Marián Čišovský also suffers from ALS, as well as the world-renowned British astrophysicist Stephen Hawking, who died 14.3.2018.

But what is ALS?

ALS - Amyotrophic lateral sclerosis is one of the neuromuscular diseases

It is a rare neurodegenerative disease characterized by progressive muscular dystrophy resulting in degeneration of central motor neurons found in the cortex and trunk (pyramidal cells of the motor cortex and nuclei of some motor nerves) as well as motor cells in the anterior corners of the gray matter of the spinal cord. The loss of motor neurons is associated with the degeneration of the cortical (pyramidal) path – the major motorway. Although it is a rare and still untreatable disease, it was already clinically and pathologically described in 1869 by the French neurologist Jean Martin Charcot.

In the literature, it is sometimes referred to as Charcot’s disease; in US literature, we meet with the famous American baseball player Lo Gehring – Lou Gehring’s disease.
Because it is a rare disease, incidence and prevalence are low (incidence averaging 1/50 000, prevalence averaging 1/20 000). According to the US ALS association, a comparable number of patients with ALS is diagnosed in the United States annually as with multiple sclerosis. Unlike most rare diseases, ALS affects patients aged 60 and over (80% of rare disease are affected by infants). Men have a larger predisposition (1.5: 1, males: females). Approximately two-thirds of patients with typical ALS have a spinal form that is primarily manifested in the limbs. Symptoms are focal, asymmetric muscle weakness of the lower or upper limbs. Gradually, spasticity develops atrophic limbs, responsiveness decreases, and loses the ability to hold the body properly.

Patients with ALS bulb form gradually develop dysphagia and dysarthria (speech impairment due to speech muscles impairment). The patient has primary problems with swallowing fluids, and then also with solid foods. He cannot swallow saliva, manipulate his tongue, speech, articulation and phonation is broken. Leg disability develops practically at the same time as bulbar damage, and in most patients it occurs within one to two years. Muscle weakness, fasciulism, muscle atrophy, muscle spasm, contracture to paralysis occur. The patient dies as a result of respiratory failure.

The ALS bulb form is more progressive and the average duration of the disease is 2-3 years, whereas for the ALS it is 3-5 years. Only 5% of patients survive for more than 20 years. ALS is commonly known as sporadic disease, but 5-10% of cases are family based. More than 15 genes predisposed to the disease are known today.

ALS management is supportive and palliative based, similar to other rare diseases on a multidisciplinary approach. Non-invasive ventilation prolongs life and improves its quality. The only drug with proven ability to prolong human life and improve its quality is riluzole (N07XX02 – RILUTEK, RILUZOLE ZENTIVA). According to the ATC classification, it belongs among other nervous system drugs. Riluzol does not belong to a group of orphan medicinal products, which in their development benefited from orphan status. It is, however, like many other medicines, a medicine for rare diseases. No riluzole containing drug is currently categorized in the SR. Riluzol prolongs the time until a patient needs artificial lung ventilation. The exact mechanism of riluzole interfering with the etiopathogenesis of ALS is not known. However, it is believed to reduce the excitotoxic effect of glutamate. It is likely to be a glutamate antagonist which inhibits the release of glutamate from the presynaptic terminus and an inhibitory effect on postsynaptic transmission is also contemplated. Based on the results of randomized clinical trials, riluzole prolongs life / survival by 2 months, according to uncontrolled studies, up to 20 months. Treatment of riluzole is reviewed individually by the health insurance company. The vital function of the lungs plays an important role. In advanced stages of the disease, when the patient is reliant on artificial lung ventilation, riluzole is ineffective. ALS management is mainly focused on symptomatic and supportive treatment. It often requires multidisciplinary co-operation of several specialists.

ALS is curried by a neurologist. The Center for Neuromuscular Diseases, the Neurological Clinic of the SZU and the UN in Bratislava is a specialized department. The exact number of patients with this diagnosis in Slovakia is unknown. Due to the large progression, it is estimated in tens. In 2012, the Center for neuromuscular diseases visited 17 patients with ALS (Špalek P., 2013). For these reasons, there is no separate organization in Slovakia that would only associate family members and patients with ALS. These are members in the Organization of Muscular Dystrophy in the Slovak Republic (OMD in the Slovak Republic), which we have repeatedly mentioned on the pages of the Medical Leafs.

Patients with ALS are on their way to the above-mentioned doctor. But what is it to tell the patient the truth? Read his article.

More in English at ALS ASSOCIATION