A week before Easter, a little less than 300 runners met in the Svit to support three individuals with severe muscular disease. Specifically, 3-year-old Maria Kubova from Vikartovce, 19-year-old Darius Renner from Prešov and 22-year-old Radovan Zmij from Trebišov.

The charity run was supported by many companies, individuals, local authorities, but also more than 30 volunteers, thanks to whom we were able to collect € 4038. The funds were redistributed to Maria for a rehab, Darius for a shower bed and Radovan for a positioning bed. We would like to thank all participating volunteer, runners and sponsors for the support, especially the ČSOB Foundation and the Slovak Children’s Foundation in cooperation with the Dôvera insurance company. We appreciate it and thank you very much! 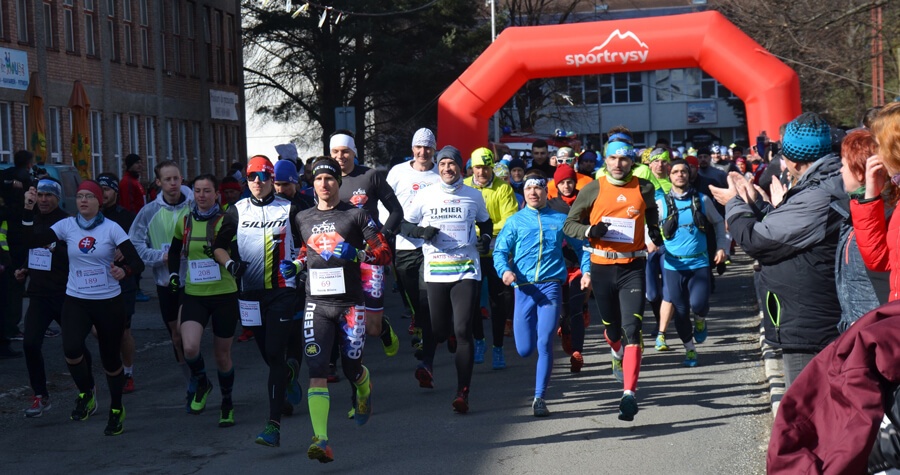 The start was scheduled for 9AM, and after less than an hour and 37 minutes, we already had a winner – Patrik Milata (1988) from Elite team OCRA and 4 minutes later his younger brother Paskal (1993). The third with 1:42:10 was always young Julius Kaľavský (1976) from All4Run Margecany. The winner of the 50-year-old category, Emil Mlynárčik (1960) from Hôrka finished in the perfect eighth place and we only waited for the first woman 1 hour and 57 minutes from the start. It was Michaela Kucharikova (1992) from AC Kriváň Liptovský Mikuláš, who took the 19th overall. From local runners we would highlight the performance of Jana Perinajová, who ranked 2nd in the category over 40 years, Marek Kačmarčík – 3rd place in the category above 40, Danica Božová, who won her category over 50 years and Vladimir Zima – 3rd place above 60 years.

The youngest participant was 18 and the oldest 72 years. Only 42 runners (14%) aged 18-29 were involved in the run, which tells us internally that it is a very small number. We hope, therefore, that thanks to our this year premiere of “Children’s run”, we will teach young generation for love to sport. 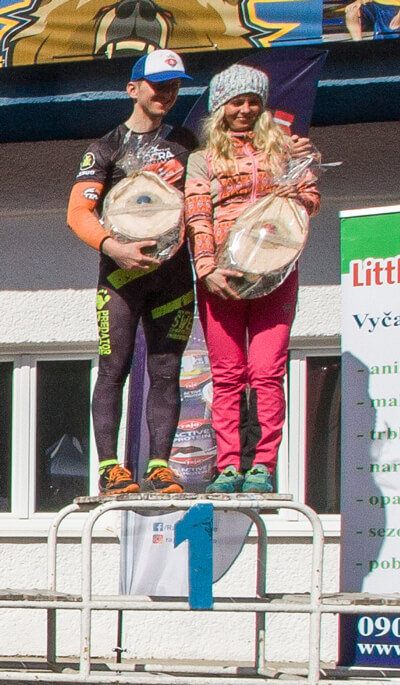 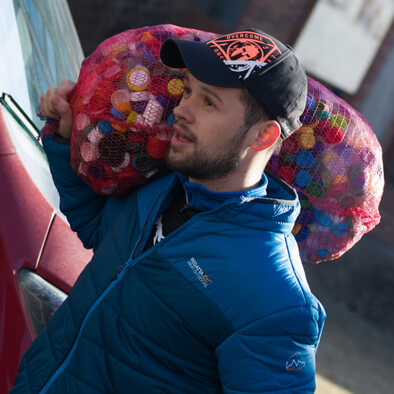 The weather was beautiful on Saturday, but the coat of snow in the woods also did for seasoned runners. The steep slopes were icy here and there and technically very demanding – something the organizers had repeatedly warned about – but one unrestrained movement was enough to fall and to injure. On a difficult terrain, a runner from Bratislava fell and unfortunately had to be hospitalized by a helicopter due to a wide lacerated knee injury. Fortunately, everything ended up well, and in the assessment he was already in the arena’s premises and with a smile on his face told us: “Next year again!”

Traditionally, the runners were asked to bring as many plastic bottle caps as possible for registrationfor the little Sabinka. The fact that the runners took the responsibility was shown by triple increase in numbers over the last year. We picked up over 200kg of caps! We are extremely fond of the runners’ interest to help in this way too. You can also join all year round! Even with this symbolic activity, great things can be done, as evidenced by more than 56 tons of gathered caps = circa 11,660 € that Sabina’s parents were able to use for treatment.

So the run is over. What now? Rest? Definitely not! Now is the season of our “garbage collection”. You will learn more about the time and place of organizing the closest garbage collection in the sub-page “Scrap collection”. We kindly invite you all to do something extra for our city and the surrounding countryside.
We wish you a beautiful spring and even more beautiful summer full of sports activities with your family and your friends! 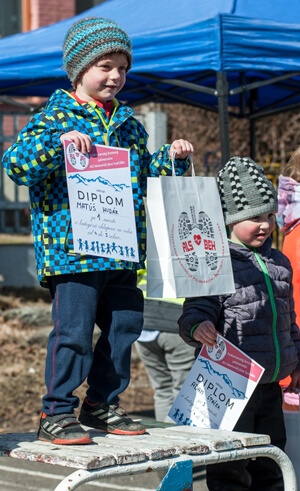